Top 8 Reasons You Should Move to Seattle

Ranked fourth for growth among the fifty biggest U.S cities by U.S Census, the Emerald city is undoubtedly the crown jewel of the Pacific Northwest.

It is cuddled up between the Cascade and Olympic Mountain ranges, along the shores of Lake Washington and Puget Sound.

So what is it that makes all those outdoor fanatics, hipsters, and techies enamored?

Let’s find out below. 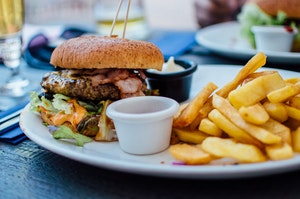 Northwest cities have excelled when it comes to providing ample amounts of breakfast joints to choose from. Usual orders taken at a café during weekend mornings include bacon, eggs, and waffles.

Seattle’s chefs and entrepreneurs are also continually coming up with more options, from high-end fare to tasty, cheap eats.

While Seattle may have grown to become a world-class city, it has still retained its charm as a “quaint fishing village.”

It is still the preferred location to get a killer basket of battered salmon fillets and salmon fish, oyster shooters, or chips.

Most people who end up living in Seattle will probably tell you it’s because of the fine weather year-round.

The natural beauty created by the steady supply of rain falling from the clouds makes it one of the most alluring places in the country, from majestic mountains to verdant forests.

High temperatures average 58.8 degrees. While everywhere else deals with the unpleasantly hot weather, Seattle is usually one of the coolest spots in the country with summer months being extremely pleasant.

Also, while the rest of the country is in a deep freeze, Seattle is one of the warmest areas with low temperatures averaging 45.1 degrees.

Seattle is home to iconic landmarks and attractions. Of course, if you are moving to the crown jewel of the Pacific Northwest, you’ll probably spend your first year checking out some of the great places it has to offer for tourists.

Other than that, Seattle is home to The Key Arena, Pike Place Market, the Museum of Pop Culture, Chihuly Garden, the Seattle Children’s Museum, and the Pacific Science Center. 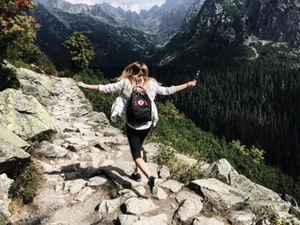 You’ll find a lot of options for fun and exploration nearby when it comes to getting out of town for a weekend getaway. Washington State is home to 3 national parks and a whopping 186 state parks.

Mount Rainier is among the most impressive and well-known attractions, and it only takes about an hour and 41 minutes to get there from Seattle Center.

Its altitude is around 14,410 feet above sea level. It is open year-round and anyone from casual day hikers to serious mountain climbers will find it a favorite hiking destination.

There’s no way to sugar-coat this, traffic in Seattle is out-and-out terrible and it is the only sure thing that will test your patience. Be that as it may, the State of Washington and the City of Seattle have a wide array of transportation options to help you easily navigate around the city. 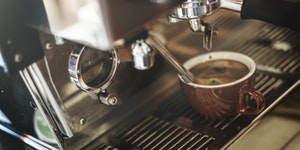 Caffeine here is as undeniable and inescapable as the clouds. There’re coffee shops on seemingly every block of the city. In fact, market research firm NPD Group ranked Seattleites as among those who consume the most coffee in America.

Seattle being the home to Starbucks has more than one hundred locations in the city alone. Aside from Starbucks, other local favorites include Victrola Coffee Roasters, Espresso Vivace, Ballard Coffee Works, and Caffe Vita.

8. Seattle Is a City of Neighborhoods

Seattle’s cities are distinct with each one having its own culture and personality.

If you can, do some exploring first before deciding where you want to eventually live.

If you’re looking for a place to rent once you make the move, we would be happy to help you!